Scope is an Artificial Intelligence based solution able to predict the best Drilling Mud Additive to combat Lost Circulation. Scope was developed in a SimWorx & Petrobras R&D cooperation agreement. One of the challenges when drilling through salt is the occurrence, at pre-salt formations, of vugs (caves) those are big empty volumes acting like a giant drilling mud drain. The event is called Lost Circulation (Drilling mud no longer returns to the drilling tank), at extremes it is called Severe Lost Circulation.

Severe Lost Circulation is the main cause of drilling NPT (Non-Productive Time). Drilling Rigs are hired by the hour and costs a lot, therefore, companies try their best to prevent and combat Severe Loss events.

By history analysis, a match algorithm hints the engineers what additive has the highest probability of combating the occurring event. Advanced visualization of similar matches also helps with the decision process. The application is in production for over a year already, and its results have been totally relevant for Petrobras Operation.

Geo referenced data provides insights on the operation’s liability. Different locations can be compared and its similarity pin-pointed. 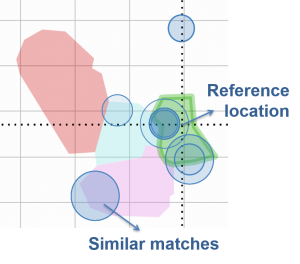 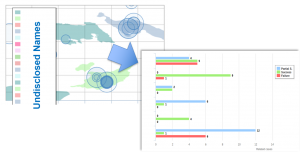 Since Scope is a AI based application, this is more a stochastic solution, the application hints the drilling team with potential solutions and its probability according to data available.

Dashboard like visualization is also available and can be customized based on the operation/campaign demand. 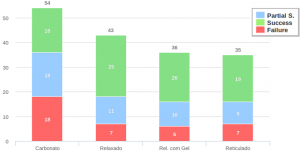 Scope is a web based application and it is hosted at Petrobras’ Poço Web portal. The same portal that hosts a series of simulators developed by SimWorx. The portal supports the whole Well Design and Construction process.