IP3D is implemented on the final stable release 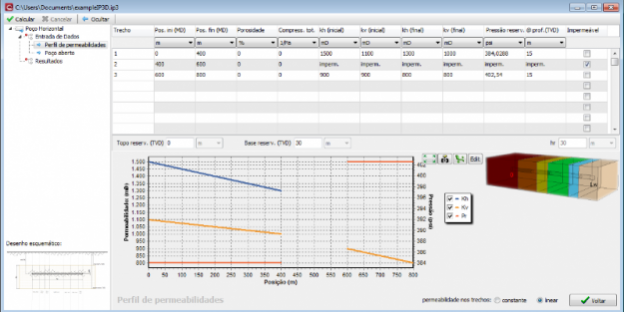 The IP3D 3rd version due January 2013 is ready and operational. A restrict beta release is in use for a couple of weeks now. Fixes and adjustments identified in that test phase are already implemented on the final stable release.

IP3d implemented functionalities that contract include:

Limitations on the parametric unstructured mesh auto generation posed a couple of challenges for Highly Inclined and Inclined wells. Assessment of possibilities with mesh adaption algorithms were performed and the results still maintains the required UI’s simplicity and easy of use.

Inflow Performance Curves (IPR) are one of the main tools used by the Flow Control team in assessing the optimum configuration for the well’s lifting system.

IP3D was first conceived as a simulator for production wells in non transient reservoir regimes which are not the case in exploration campaigns. Given IP3D’s straightforward User Interface and speed of computation, Petrobras’ engineers decided that having IP3D capable of simulating a transient flow regime would add to the assessment effort for exploration campaigns. The implementation took a couple of months and is already available in that final release.

Check here other state of the art software products we’ve produced or go to our posts page.